“Is all that we see or seem but a dream within a dream?”
Edgar Allan Poe

The inhabitants of a small sea-side northern California town are haunted by avenging ghosts during its centennial celebration.
END_OF_DOCUMENT_TOKEN_TO_BE_REPLACED 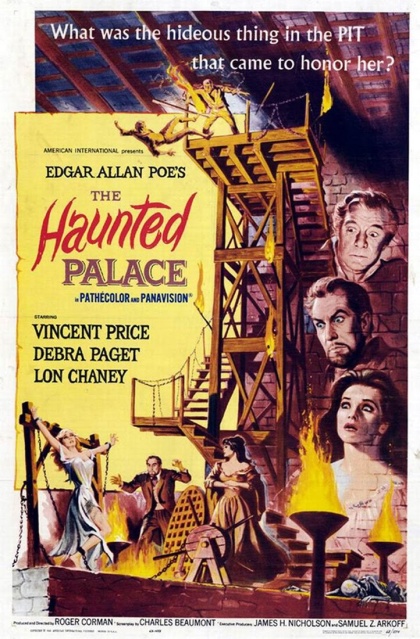 From the pit came a horror of unknown origins, which would lead to a curse on the New England town of Arkham.  Based on Lovecraft’s ‘The Case of Charles Dexter Ward’, starring Vincent Price and Lon Chaney Jr., and directed by Roger Corman, The Haunted Palace derives its title from an Edgar Allan Poe poem.  Notably the credits purposely misspell Poe’s middle name “Allan” to “Allen”.  The studio American International Pictures forced Corman into changing the film’s original title “The Case of Charles Dexter Ward” to connect it to Corman’s Poe films of previous success. END_OF_DOCUMENT_TOKEN_TO_BE_REPLACED